A friend of mine posted a request for advice about what to do to get sleep while her 10 month old sleeps in the same bedroom. Daughter is starting to keep mom up through the night, and my friend is desperate for sleep.

Ah, how I remember those days. Rather, I remember them for their fog, not so much for what we did. At the time, it felt like it would never end, though looking back, it seems like just a blip in time.

I don’t think I’ve ever talked about our bedsharing story, so I’m going to now. Because we stepped into it quite unintentionally.

END_OF_DOCUMENT_TOKEN_TO_BE_REPLACED 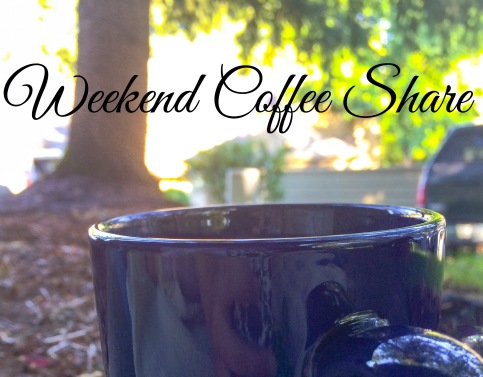 If we were having coffee, a very large group beats us to the counter to order. We try to decide if they’re family, because they’re of varying ages, or a social group, because they’re all in athletic gear (football, to be exact) and carrying a ball with them. Perhaps both? you guess. This is Super Bowl Sunday, I say, and you shake your head. I think I hear you grumble something about ‘thank God that’ll be over,’ referring to football season, but I smile because I know you’re teasing.

I have been thinking all week about ‘happiness’ since we talked about it, and I thought of something else I do to promote happiness in myself – when the automatic negative thoughts begin to run the train track around my head, I deliberately point out to myself the blessings I have, which is easy to do when I have a child as wonderful as my Wee One.

END_OF_DOCUMENT_TOKEN_TO_BE_REPLACED 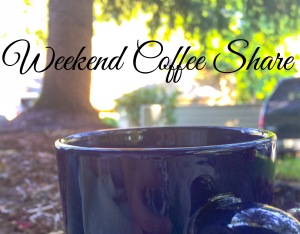 If we were having coffee, I would be quietly sipping a ginger tea. You ask me about it, since I’m normally such an avid coffee drinker, and I’m quiet for a moment. I have trouble telling you the anxiety I’ve struggled with since college, which seems to have gotten worse since we moved. I have stomachaches almost every day, hence the ginger tea.

END_OF_DOCUMENT_TOKEN_TO_BE_REPLACED

“What, just explore this apartment?  The people who live here won’t mind?”

“Oh, they don’t know. I just need to describe what I see. Alright, sure.”

Holy shit, don’t these people clean? I would hate to live in a place like this.  Ohh, but that sign is funny. “Hippies use the backdoor.”  Let me pick around all these shoes – oh, I guess I should take my own off.

Okay. Let’s get through this quickly.

Damn! Look at those bookshelves! Oh, but first – ooh, a bar! Should I have some whisky or rum? Nice.

END_OF_DOCUMENT_TOKEN_TO_BE_REPLACED

In response to The Daily Post’s writing prompt: “The Golden Hour.”

I’m trying to work out a schedule for our transitioning household.  Wee One is four months now and I’ve heard that everything will be easier for her if we have a schedule. I’ve tried to come up with one but I hate schedules! I hate being trapped or confined. I think schedules are lame.

But they really are good for people, especially small ones. Especially when we’re moving and so much is changing. I’m also finding they’re good for new moms and their heightened anxiety. So I’m trying to do this schedule.

END_OF_DOCUMENT_TOKEN_TO_BE_REPLACED

My daughter is seven weeks old now, and I am trying to figure out my changed life as a stay-at-home-mom with a baby, someone I never thought I’d be. At the same time, I’m desperately treasuring her little mannerisms, cataloguing them in my mind to always have them, even when she grows.

END_OF_DOCUMENT_TOKEN_TO_BE_REPLACED

My mother’s family has a particular brand of baby talk, as I imagine lots of families do, and part of ours include special names and pronunciations of things, and I have recently been calling up one of them – my yumpy sock.

END_OF_DOCUMENT_TOKEN_TO_BE_REPLACED

The Wee One came a little early; I’ll write about that part soon.

When they pulled her out of me, I didn’t feel it.  I wasn’t really aware. When they offered to bring her over to me, I was ready, though. They opened up my shirt and put her small naked body on my bare chest, as I had asked. Her little hairs were wet and her eyes, which opened slightly, were dark blue. We looked at each other and I said, “Oh.” She closed her eyes and nestled down on me under the blanket that was covering us. Later, as they were moving us from the operating table to the rolling bed, it looked like the bright lights of the operating room were bothering her, and I wanted her to be as untrumatized as possible. I put my hand over her eyes to cover the lights and she nestled down again.

It was just us.

Daddy could see her, but it was just us. She was in a special ward for babies that had had a bit of trouble, not as intense as a NICU, but a little more than a regular nursery. The oxygen in her umbilical cord blood was low and they were afraid she’d suffered some trauma. I also had an episode that they originally thought was a seizure but later said was a reaction to the anesthesia. Cohiba was scared to death that he would lose both me and her.

That first shower was hard. Cohiba had to help me, and I was messy and embarrassed. I cried about it and was like, how are you going to be attracted to me now? He said, this is the good stuff. This is the real stuff.

The end of the hospital trip was hard.  Everything special put into place for her was gone. Well, not everything, but a lot. I left the hospital and went home, to put new special things into place.

I gave her her first bath at 6 days old, on 2.28. She didn’t like being naked, but I talked her through it and I think we were closer when it was finished.  My milk started to settle in, too, and she could eat more regularly from me. i love breast feeding her.

She is so beautiful and tiny, such good humor. Sleeps on me and with me so well. I think she’s starting to recognize me and trust me.

Even the smells i thought Id be grossed out by, I’m not. I love them. I love my belly. It’s all part of us. I love experiencing it all. Part of me is afraid of it going back to pre-pregnancy form. Away from the time that I had her with me always, growing and protecting her, when it was us.  Now it’s also her and Other People (although for her to be with Cohiba, that’s okay) (and also, I am horrible at sharing.  How am I going to teach her this?) The IV scar on my arm will disappear. I won’t feel the c-section sutures anymore, the feeling in my hands will come back. She’ll outgrow the newborn clothes she fits into right now, the ones I can look at and still see her in.

I love it and I hate it.

It’s hard to see the changes in her already and I miss the wonderment of the past week. How to accept change? As promised, I am sad, tired and overwhelmed, and I’m crazy about this child.

This completes one of the 51/51 challenges.

Almost a year ago, I reblogged a post entitled “I Write to Stop Time.” It is in this spirit that I sit down to write tonight, one week the night before my daughter is born.  One week. I want to stop time.  I want to freeze it now.

Wee One just dropped this week, and while the rest of this pregnancy has been a breeze, I’m starting to have some of the difficulty that other women have. Not that that’s a good thing, but I know it stems from her growing strong! Go me for giving her a good environment to grow in!

When i feel her move, I like imagining what she looks like and what she’s experiencing.  What does she think of the music she can hear? Can she feel my hand push on a spot or tickle her foot?

When my husband goes to Wendy’s, he always brings me a Frostie.  Even when I don’t ask for one he brings me one, because he says he heard Wee One ask for it.

I’m feeling the Braxton-Hicks get stronger. (Not that this is a good thing, but wow!)

I’m crying at all the schmaltzy “mommy” things like I never did before. And I’m not even embarassed.

I”m getting things wrapped up at work to take my leave – I just decided tonight that it’s going to be sooner than I originally thought.

I’m less afraid of the idea of sacrificing things for her, and even looking forward to the trade off of her snuggles in exchange for something less pleasant.

I’m looking forward to the torrent of love I get to pour over her and wrap her in.

This is the best thing I never knew I wanted, and I don’t want it to pass too soon.

Before I begin, let me say that I know I am not the only woman on the planet who has ever been pregnant. There is nothing revolutionary about this in the grand scheme of humanity, but it’s pretty remarkable to me.

My body is amazing.

END_OF_DOCUMENT_TOKEN_TO_BE_REPLACED

I Didn't Just Wake Up This Morning With A Craving
Loading Comments...