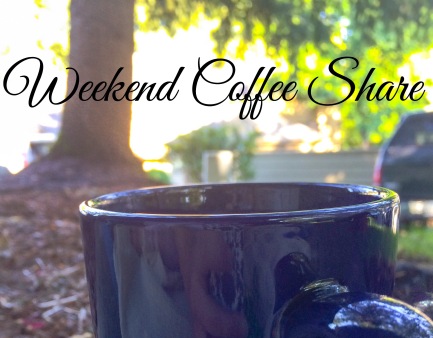 If we were having coffee, we would comment on how quiet it seems in here today – why is that? There aren’t a lot of people – is the church crowd still in church? we wonder. I’m having trouble remembering what I did this week. Does that happen to you? Is it because I don’t have the flow of energy of people around us?

I have been thinking about happiness, and the choice to be happy. There was a documentary on Netflix that I watched the first half of that cited research that found that happiness was 50% genetic and 10% situational, which meant there was another 40% that was unaccounted for. I didn’t watch the rest of the documentary to see if it covered possibilities for the other 40%, so this is just conjecture at this point, but I think some of that 40% would come from expectations and choice, as in, making the choice to be happy.

As I was skipping ahead through the video, I stopped at one point that talked about “flow,” that feeling of being so into something that its as natural as breathing, and really energizing. Cohiba talks about flow with regards to skiing, that he has it. I have felt flow when rock climbing and biking, even writing and researching, too. I’m looking for it now and may try mountain biking. What gives you flow? I ask you, and you tell me you need to think about that.

If we were having coffee, I would tell you about a new story idea I’m working on. I found this website of people sharing and building on each other’s work, like recordings or writing, drawings for melodies. For some of the projects, it’s cool to look at the resources that served to inspire them, and then look at their inspiration. Its almost like you can see the group mind in action. “Group mind?” you ask me. I don’t mean the one mind that is in all of them, but the creation that happens among and between them, something they all have a part in. Interesting, you say. I’m starting to think about a story concentrating on that, but its still in the very early stages.

You’re interested, but you’re still thinking about the flow question I asked you. You want to give it some more thought, you say, and ask if we can talk about it next week. Of course we can! I exclaim.

If we were having coffee, you would ask me what Cohiba is planning for my birthday. Last year, I had no idea – I was preparing to have the Wee One, and while I was trying to think of something to ask for, I didn’t know what to expect with the baby. All I knew was “my life would change.” So instead, I said, give me an IOU for a massage after she gets here. So I got an IOU from last year I still haven’t cashed in, but I will soon. I found a place up here by Snoqualmie Falls that I’ve heard good things about. I had created a wish list on Amazon for both me and the Wee One (since her birthday is coming up) for our family to see and use, but I told him I also wanted a surprise, like I try to surprise him for his birthday. You say you hate it when people tell you to surprise them, which a lot of people hate. So I’m glad Cohiba took it so well.