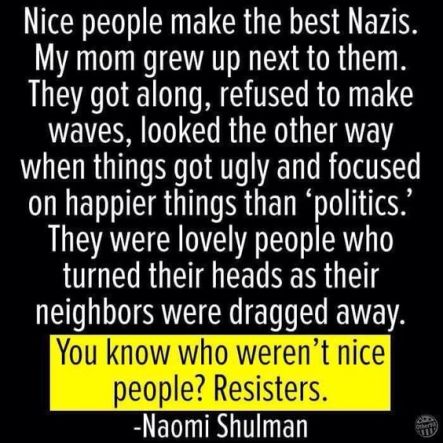 I think of my mom saying, “It’s nice to be nice to the nice,” and telling me, when I was a child, to “Be nice.”  Be a nice girl. Do things that nice girls do, like brush their hair, keep their legs together, smile. (You guessed it: sometimes I don’t do these things.)

END_OF_DOCUMENT_TOKEN_TO_BE_REPLACED

In response to The Daily Post’s writing prompt: “The Kindness of Strangers.”

I have found, more times than I can count, that strangers are unfailingly kind. When I was lost in Paris one night getting off the metro, the old woman who walked me to my hostel was kind. When I was on the phone with my insurance company and the Wee One was screaming in the background, the receptionist was so kind.  When I drop things now and she’s in my arms, people are so helpful in retrieving my items and getting settled more securely.

END_OF_DOCUMENT_TOKEN_TO_BE_REPLACED

Reflecting on a moment of kindness, as was suggested in today’s prompt, I remember one of my clients.

I don’t know Tony’s diagnosis, but he’s not very lucid. He generally only speaks when spoken to, and when he smiles, his eyes crinkle into a dozen lines. He is one of those people who had fallen through the cracks and wasn’t doing well, but it’s been changing over the past couple of years and he’s recovered a bit.

With that recovery comes the singing of Jackson 5 songs, and you can hear his falsetto “tweet tweet” as he sings Rockin’ Robin.  He doesn’t even know the words, just the tweet, and the whole floor can hear him.

Last week, I learned that one of my female clients left the place she was staying with her son to avoid the drug use and dealing, and they were sleeping in the streets for several nights. I also learned that Tony accompanied them on the streets to help defend against possible trouble.  He’s in an apartment (one we helped him get into) but on those nights, he chose to stay with my client and her son to help keep them safe, without requesting anything in return.

He doesn’t brag about this; since he doesn’t really talk unless spoken to, how could he? He just did it. I heard about it in passing, and then when I asked him, he told me. I don’t know if he realizes how kind and precious this is, but it moves me every time. This is kindness like I rarely see it, and it comes from the humblest of corners.