My Muay Thai coach called me “fearless” today. No one has ever called me that before.

END_OF_DOCUMENT_TOKEN_TO_BE_REPLACED 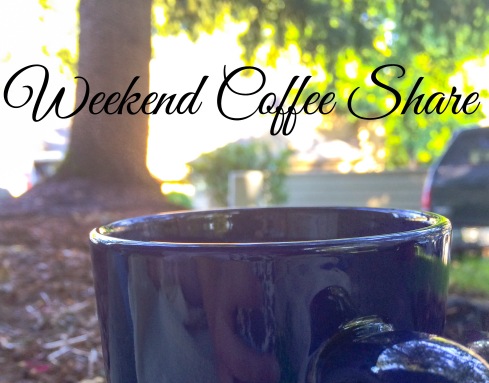 If we were having coffee, this would be more of a phone meeting. Wee One and I are back in St. Louis with my folks for a couple days. My cousin’s bridal shower was yesterday, and WO and I went to it. What a long-ass day it was, but I’m glad we made the trip.

It’s the first time WO met most of my family, all save one person, and if I’m frank, there’s a good chance she’ll never see most of them again. One of the people who was there, I just don’t want her around WO. I remember her touching me inappropriately, even as recently as 2013. And WO is so curious and happy and loving, she says hi to everyone… Just no.

END_OF_DOCUMENT_TOKEN_TO_BE_REPLACED

There is a Hallmark show, When Calls The Heart, I started watching in Seattle that I pretty much only got into because my girl friends did, but I stayed with it because I liked it and I could watch it in front of my Wee One without worrying about what she saw or heard.

END_OF_DOCUMENT_TOKEN_TO_BE_REPLACED

A person who never made a mistake never tried anything new. -Albert Einstein

Describe the best mistake you’ve made and all the things you’ve learned from that mistake.

Well, I think I’ve said before, I don’t necessarily believe in mistakes because everything that has happened in my life has culminated in me being here right now in this place, and its good.

END_OF_DOCUMENT_TOKEN_TO_BE_REPLACED

The sure way to miss success is to miss the opportunity. Victor Chasles

Write about the best opportunity you’ve been given and how you made the most of that opportunity.

The best opportunity I have been given was services with Missouri Vocational Rehabilitation. Voc rehab is a program run through the state department of education, and it is one that is meant to help people with disabilities live and work independently.

In the early days after the car accident and coma, when I was in rehab for head injury, I was offered the chance to apply for assistance through that program. At the time, though, I was so scared of being “damaged,” that I didn’t even want to acknowledge what was going on with me. I was fine. It was fine. I could handle it. Just let me get back to school and it’ll be fine. That was my mindset.

Acceptance was hard to come by.

END_OF_DOCUMENT_TOKEN_TO_BE_REPLACED

A friend of mine (shout out to Tory – Minneapolis in the house!) told me a story about a college party she attended: a girl was passed out on the couch and several of the guys were surrounding her. They weren’t doing anything bad, but my friend wasn’t going to take the chance. She got over by the couch and yelled really loudly until this girl’s hapless friends came around and she got out. She said the girl was mad at her, and maybe nothing would have happened, but I’m impressed that my friend had the courage to step in like that.

She saw something, and she said something.

Last Monday, she texted us about a puppy had been locked in a car for about an hour with the windows up. She called the police for help.

She saw something, and she said something. This girl is a badass, in my book.

I was listening to a story on public radio and the speaker referenced a theory about a relationship between domestic violence (something of which the Orlando shooter had a history) and mass shootings.

I remember hearing a story about my own parents: it was at an outdoor church function that they both attended. At one point, mom had done something that displeased my father and he grabbed her by the neck and pushed her up against the church wall. After he left, a friend of our family rushed up to her. Mom pleaded with her friend to do and say nothing, that this was how it “had to be.”

Would I have the courage to speak up if I saw something?

The See Something Say Something campaign is led by the Department of Homeland Security, but the phrase itself is also used in such things as bullying or domestic violence. (This excellent article gives tips in doing just that).

Have you done it before? How did it go?

I had an experience Monday that sent me back down a shame spiral; a spiral of despair and loneliness I haven’t felt in a long time.  Am I being hyperbolic? Maybe, but I was really upset.

I am not going to go into the whole experience, but it was the kind of situation that I went to meet someone and they weren’t there. It was actually a comedy of errors with miscommunication and we did get together and have lunch, but I’m reflecting on the experience beforehand, in hopes of finding healing.

END_OF_DOCUMENT_TOKEN_TO_BE_REPLACED

I was a sensitive child, and I am a sensitive person. I imagine that is what makes me an effective counselor. But I am so embarrassed by that.

END_OF_DOCUMENT_TOKEN_TO_BE_REPLACED

I Can’t Stay Mad at You

Do you hold grudges or do you believe in forgive and forget?

My birth father doesn’t know about the Wee One. At least, I didn’t tell him, though in these days of internet, he may know. His first grandchild, and he doesn’t know – we haven’t talked in 14 years. In the past, the few times we did talk, I was resentful of him and the years of abuse, but I was also hopeful for reconciliation. Then, when his current wife was reaching out to me, (a really fucking interesting series of conversations there),

END_OF_DOCUMENT_TOKEN_TO_BE_REPLACED

Here’s what you need to know:

END_OF_DOCUMENT_TOKEN_TO_BE_REPLACED

I Didn't Just Wake Up This Morning With A Craving